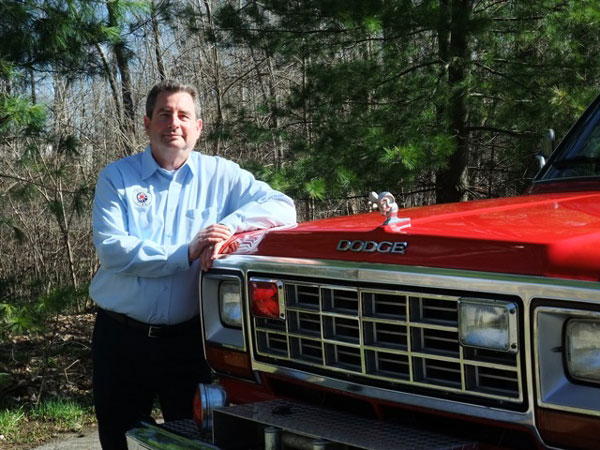 You can reach Pat Wright at:

You can reach Craig McDonald at:

Pat Wright is experienced in gathering your thoughts and ideas and building a Pierce fire truck to fit your needs and budget. Pat started his career in Public Safety in 1977 when he joined the Davison Fire Department just out of high school. In 1979 he formed a relationship with Halt Fire and Pierce Manufacturing with the truck he is pictured with, which is still in service.

Being a Police Officer also, when the City of Kalamazoo combined their police and fire department to form Public Safety this appeared to be a natural fit. Pat started as a Fire Fighter and retired as Executive Lieutenant in 2008. Shortly after retiring, Pat was called back to Public Safety to serve as Assistant Chief until 2009.

Pat has represented Halt Fire and Pierce since 2006. Pat is married to Tammy Wright and they have 4 sons and 4 grandchildren.